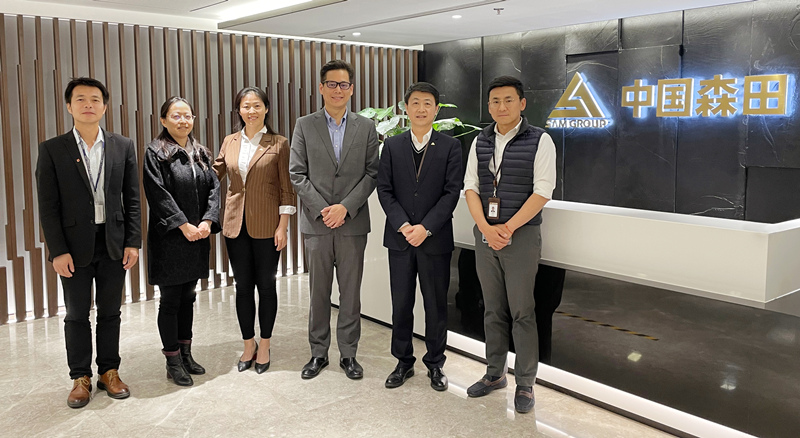 ZHOU Lu firstly welcomed Mr. TSUI Kevin and his delegation. He introduced the general information and main businesses of Sam Group, saying that the group has long been focusing on investment, development and international trade in oil and gas industry. Sam Group is always responding to the national developing needs, and actively seeking global trade and investment opportunities to promote win-win situation between international enterprises. We look forward to cooperating with Alberta in the fields of crude oil, manufacturing and agriculture.

Mr. TSUI Kevin expressed his appreciation for the warm reception of Sam Group. He said that IAC is an institutional platform established by the Alberta government to promote investment and trade between Alberta and the world. It aims to link the industry, government and corporate partners together. China has huge market potential and capital advantages, and IAC hopes to attract Chinese enterprises with great value and influence to invest in Alberta. During the meeting, the two sides made in-depth exchange on the topics of economic and trade relations between Chinese and Canadian governments and enterprises, trading policies, business cooperation prospects, and key and difficult issues in trade activities. This meeting laid a good foundation for the expected future cooperation between two sides.